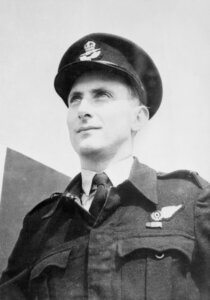 William Dudley Hemmings (better known as Dudley) was born on 23 December 1917 and passed away peacefully in Warrnambool, Victoria on 19 April 2017. Dudley was married to Coralie, had three children, nine grand and several great grandchildren. Dudley enlisted in November 1941 and completed navigational training in Australia and Canada and after arriving in the United Kingdom, he served with the 140 Wing, 464 Squadron (Sqn) RAAF, 107 Sqn RAF. He returned to Australia in February 1945 and was awarded the Distinguished Flying Cross in Hobart by the Governor of Tasmania.

Dudley donated the trophy in 2006 with the 1st winner receiving it in the same year. The list of trophy winners is recorded below.

Nominations close on the 1st of August, 2022